Title: I Only Killed Him Once
(Ray Electromatic Mysteries: Book 3)
Author: Adam Christopher
Genre: Sci-Fi Noir
Pages: 224
Rating: 4.5 of 5
Future Release Date: 7/10/18 (Thanks to the author and publisher for a free eARC through NetGalley. This does not affect the content of my review)

The concluding book in Adam Christopher’s LA Trilogy pulls together plot threads from the previous 2.75 books (one short story + one novella + two novels…reviews here) and ties them up in a nice pretty bow. You could probably read this on its own and be able to follow the plot since there is plenty of recapping (too much in my opinion), but why would you deprive yourself of the joy of reading the full version of what came before?

This final tale of the robot PI-turned-hitman in alternate 1960’s Los Angeles contains some fun twists and turns. Admittedly, most of them you can see coming a mile away as they have been pretty heavily hinted at, but the big one caught me by surprise without feeling completely random. Not too many books do that to me, so that (plus some clever Raymond Chandler in-jokes) made this the highest rated book in the series for me. I don’t want to say much more than that so as to avoid spoilers.

Overall: I highly recommend this series! There are some areas where you have to suspend disbelief and go with the flow (but classic noir is always a bit hackish anyway), and you have to realize that the books are not as self-contained and stand-alone as classic noir fiction, but this series is just a lot of fun, and this book was a great wrap-up to it. 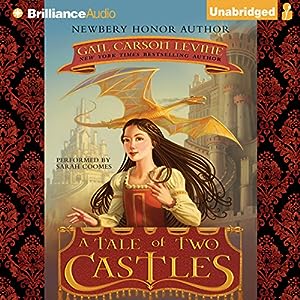