First, a huge thank you to The BiblioSanctum for hosting the book giveaway where I won this (and its sequel)!

I love both science fiction and detective/noir fiction (of the 1920’s-50’s variety – especially Raymond Chandler). This excellent book is a mashup of the two, and to make things even better it intentionally follows the style of Raymond Chandler. The author pictures it as the sci-fi novel Chandler never wrote and prefaces it with this quote from one of his letters: “Did you ever read what they call Science Fiction? It’s a scream. It is written like this…”

Our first person narrator protagonist is the last robot on earth. He used to work as a PI, but now uses that as a cover for his new profession of hit man in an alternate 1960’s Los Angeles. His rechargeable battery and 24 hour memory limit are a challenge, so the room-size computer, Ada, is his boss and the real brains of the operation. The only part of the worldbuilding that felt a little “off” was that he didn’t get more attention from average people on the street, what with being the last robot on earth. I don’t want to say much about the case due to spoilers, but you can expect a lot of the kinds of elements you’d find in the pulps (of both the Amazing Stories and Black Mask varieties).

The narration is delightfully snarky like Chandler, though not rising to the level of cleverness found in his Philip Marlowe stories. The one narration things that got on my nerves after a while was how often he commented that when he smiled, raised an eyebrow, etc. it was only on the inside because his face is immobile. It got a bit repetitive (kind of like how Harry Dresden mentions his duster every few pages in the Dresden Files series). The ending was a little abrupt and some of the characters’ actions/motivations were a bit confusing, but that’s pretty par for the course for this kind of detective story (e.g. in Chandler’s The Big Sleep we’re never told who committed one of the murders). Overall: a fun mashup, and I’m looking forward to reading the next one (though I’m putting it off until I finish a couple other books I’m in the middle of so that I can make it last). 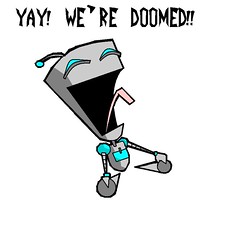 I first read this book five or six years ago, and I was hooked. Since then Noir / Hardboiled Detective pulp fiction from the 20’s-50’s has been my go-to escapist genre. With the possible exception of Raymond Chandler, nobody writes this kind of story better than Dashiell Hammet.

This first novel-length adventure of the Continental Op (whose name we never discover) has everything you would expect from the genre: bootleggers, gamblers, blazing guns, widespread corruption, murder, mayhem, moral ambiguity, 1920’s gangster slang, and a femme fatale or two. The unnamed Continental Op (basically a Pinkerton detective) is tasked with cleaning up the corrupt town of Personville/Poisonville and, well, the book’s title pretty much says it all.

This book serves as a good introduction to the Continental Op, who also appears in The Dain Curse and a slew of short stories. He is short, stout, and incredibly stubborn. His modus operandi for solving cases consists mostly of verbally poking at suspects and piecing things together from their (often violent) reactions. By the end he has a working theory of how everything fits together and everyone guilty is dead, under arrest, or otherwise out of the picture. Dashiell Hammett seldom reveals whether the Op’s reconstruction of events is entirely accurate, but it’s good enough to get things done and in Hammett’s murky world that’s good enough.

Robert E. Howard is best known as the creator of Conan the Barbarian and a major contributor to the development of the Swords & Sorcery sub-genre. This book collects a number of his creepier short stories, most of which were originally published in Weird Tales and show the influence of his friend, H. P. Lovecraft. Calling most of them “horror stories” may be a bit of a stretch – they’re more like action/adventure stories with a creepy, Lovecraftian element.

The usual Robert E. Howard theme of “barbarian purity vs. civilized decadence” figures heavily in many of the stories, but even more of them revolve around his racial stereotypes. Most of the stories prominently feature one or more of these characterizations: Aryans/white people who are heroic, courageous, and intelligent but out of touch with the supernatural; Semitic/Arabic people who are greedy, decadent, and cruel; “Swarthy” southern Europeans who are adept at dishonest political maneuvering; Africans/black people who are cowardly, devious, and uneducated but in touch with genuine supernatural power; and a de-evolved “mongoloid race” who serve as recurring villains.

There’s no doubt that the man could write captivating escapist fantasy, but I found the pervasive racial stereotyping (and occasional racial slurs) fairly off-putting. If you want to get a feel for Robert E. Howard, this is a good place to start since it samples a wide variety of settings and characters (but no Conan stories). Also, as with any pulp author, don’t read too many of his stories in a row or they all start sounding the same.