Title: Superhero Thought Experiments:
Comic Book Philosophy
Authors: Chris Gavaler & Nathaniel Goldberg
Genre: Philosophy
Pages: 202 (plus citations, etc.)
Rating: 4.5 of 5
(Thank you to the authors and publisher for a free eARC via NetGalley. This in no way affects the content of the review)

It’s Superman vs. Batman: consequentialism vs. deontology! Within these pages you will find this and other astounding speculations as our intrepid authors perform feats of daring philosophy.

Okay, this isn’t actually a high-action book, but if you enjoy philosophy it’s a lot of fun. Gavaler and Goldberg treat superhero comic as thought experiments to explore the nature of doing good, existence, time, identity, communication, etc. (or morality, metaphysics, meaning, and medium if you prefer the alliteration of their section titles). Fodder for philosophizing includes Bizarro world, Dr. Doom’s time machine, Scarlet Witch’s imaginary twins, retcons & reboots, and much more. To me, the first three sections that focus on characters and stories were much more interesting than the last section that focused on comic books as a medium.

If you’re the kind of person who when confronted with someone asking “how do I know I’m really here?” gets annoyed by anything more theoretical than pinching/punching them and asking “did that hurt,” this isn’t the book for you. If you enjoy thought experiments and speculating on the nature of life, the universe, and everything give this a shot. 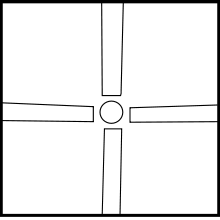 Title: The Flash: Starting Line
(Issues #0-12 plus Annual #1)
Author: Brian Buccellato
Illustrator: Francis Manapul
Genre: Superhero Comic Book
Pages: 344
Rating: 3.5 of 5
(Thank you to the authors and publisher for a free eARC via NetGalley. This in no way affects the content of the review)

Even though I enjoy superhero movies, I’ve been a bit annoyed by comic books the couple times I’ve tried to dip into them. For me, there’s just not enough plot per issue, and crossover plot points from other heroes leave you with the choice of spending more money on other titles or having only a vague idea of what is going on. This format does away with some of that, and I quite enjoyed it. With all the issues for the year bundled together, the “artificial cliffhanger after minimal exposition followed by a month-long wait” annoyance wasn’t there, and there were no major plot points that hinged on knowing something from another title. An acquaintance with Flash and his recurring villains would add to the experience, but a newbie would not be lost or frustrated.

The stories themselves fairly skillfully combined origins & explanation of the Flashverse (if that’s a word) kind of plotlines with regular superhero fare (foiling bad guys, balancing romance and secret identity, etc.). The artwork wasn’t bad, but did feature more talking head panels than I was expecting. Honestly, since I’m not a comic connoisseur, I don’t know how it stacks up against similar efforts. Overall, I’m probably not the usual audience for this book, but it was fun.

Title: Super Chill:
A Year of Living Anxiously
Author/Artist: Adam Ellis
Genre: Comic Strips
Pages: 120
Rating: 4.5 of 5
(Thank you to the artist and publisher for a free eARC through NetGalley. This in no way affects the content of this review)

If you’re anxious and socially awkward, this book is for you (it might also be for you if you just like laughing at anxious, socially awkward people, but that’s not very nice). With this collection of autobiographical comics, Adam Ellis invites us into his struggles, neuroses, and obsessions. I’m an extremely introverted person whose job requires a lot of social interaction, and I found a lot of these both relatable and hilarious. A few of them seem to be just weird for the sake of being weird, but as a fan of Gary Larson those work for me too. Overall, I highly recommend this for a good laugh (and the reassurance that you’re not the only anxious person out there).

Title: Emotions Explained with Buff Dudes
Author/Artist: Andrew Tsyaston
Genre: Comic Strips
Pages: 112
Rating: 5 of 5
(Thank you to the artist and publisher for a free eARC through NetGalley. This in no way affects the content of the review)

I’ve occasionally chuckled and bothered my wife with a “come look at this!” when comics from Owlturd floated past on social media… but apparently I’m too lazy to actively go out looking for them, so having 100+ pages of them gathered in one place was awesome! As the title/cover suggests, this collection mostly features personifications of emotions, life, personality types, etc.

The humor is fairly cynical/pessimistic which appeals to me, even though it probably shouldn’t (as a pastor I may have seen human nature at its worst a little too often). I think that I laughed the hardest at the Type A / Type B personality comparisons as they were pretty spot on for my wife and me. I’ll leave you to guess which of us is which.

Overall, this was the funniest thing that I have read in a long time. If your sense of humor tends toward the cynical, you must read it!