It’s been a little bit longer than usual between posts as I’ve been furiously reading to rack up entries in the local library’s summer reading prize drawing (can’t let my kiddos show me up!). Here are five of the most recent (out of 22 over the last 2 months): 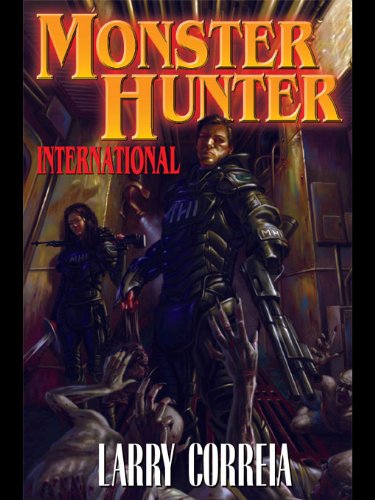 I enjoy Dracula and Cthulhu mythos stories, so I figured why not try out this pulp action-spinoff of the Lovecraftian and Gothic tales. While some of the monster lore and overall plot was fun, I give it a “meh” overall.

I think that the intended audience is the we-distrust-the-government-and-LOVE-guns crowd, and while that describes some of my friends, it’s not me. For me, the frequent doting  listing of gun models and specs and the breathless descriptions of firing said guns were absurdly over the top. And these guys would rather just blast away at the monsters with silver bullets (no matter how ineffectual it repeatedly proves to be) than actually try to come up with anything clever. Add to this some ham-handed foreshadowing, sprinkle in some poor word usage and factual errors (e.g. compulsive instead of convulsive, Peloponnesian War instead of Trojan War), and I probably won’t be continuing this series…I’ll stick with Warhammer 40K for my absurdly violent pulp needs.

I love the nonsense poem Jaberwocky, so I’m not sure how I didn’t know about Carroll’s full-length narrative poem that is very much in the same vein. The poem itself is a lot of fun (if a bit grim) and worthy of a 5 out of 5 rating. However, for the most part the annotations/commentary add very little enjoyment unless you are utterly obsessed with the poem. The one lengthy section of commentary that I really enjoyed was an extended satirical “analysis” of the poem that is clearly making fun of  people who (like our main annotator) pompously try to impose deep, complex meaning on the nonsense. 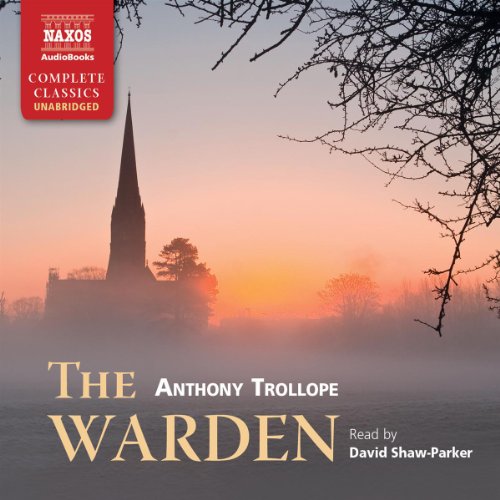 I am using this book for my 19th Century Classic category over at the Back to the Classics challenge. My brother-in-law, who is also a pastor, recommended the Barchester series as a humorous take on church politics (with a warning that this first book wasn’t quite as good as the others).

Trollope perfectly captures the earnestness, good intentions, greed, pettiness, and arrogance that swirl together to generate church politics. His characters, squabbling over how a charitable institution should be run, are quirky but believable, and he gets in some good jabs at the press and national politics along the way.

I take issue with the pervading theme that time-honored abuses of the system for personal gain should be allowed to continue so long as they are not really hurting anyone. After all, attempts to reform will only make things worse for everyone…just look at that troublemaker Charles Dickens! That said, there was enough cleverness in here that I’ll probably give the next Barchester book a shot at some point.

I read this more out of curiosity than because I expected a good book. It’s one of Glen Cook’s first fantasy books (maybe the first?), and we all know how rough an author’s early works can be. This stand-alone novel feels like three parts Elric of Melniboné, one part Lord of the Rings, and one part semi-original stuff that would later be cannibalized and reused in the much better Black Company stories.

The characters are so flat and numerous as to be difficult to keep track of, and there is frequent info-dumping, but I’ve read much worse first attempts. If you’ve ever read and enjoyed the Elric books, this is worth a read… if the whole book being an “I feel like a pawn of this evil soul-devouring sword” mope-fest grates on your nerves you might want to give it a miss.

This is just another Christopher Tolkien publication of a fragment from his father’s work padded out to book length with commentary. As always, the narrative poem fragment is well-written and interesting (as long as you have some interest in Arthuriana), but it is even shorter than usual (cutting off well before the actual battle in which Mordred dies and Arthur maybe-dies). Christopher’s notes are much better organized than usual, but still overlong. The tracing of various versions of the fall of Arthur through medieval literature is probably the most interesting part of his contribution. Unless you are the kind of fan who has to have every published fragment by J. R. R. Tolkien, this isn’t worth buying…just borrow it from the library, read the poem fragment, and skim the notes to see if any of the sections sound interesting to you.